I had another pleasant visit to the Birk Bank area this week before the weather broke. The wandering wasn't without at least a couple of surprises.

Up to 22 Common Darter were over the bog, with four pairs copulating and ovipositing, also 3 Black Darter were all males, I've yet to find a female here.

It's quite amazing to see the behaviour of these small darters. I don't have the equipment for close up stuff, but I managed to keep these two in the centre of the frame most of the time, though it's a bit hard work keeping up with'em. 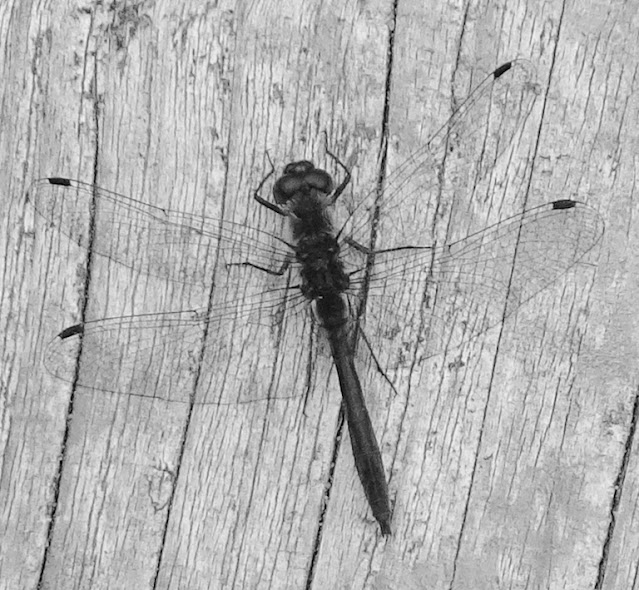 Gaining a bit of elevation off the track to Ottergear Bridge, I was able to look down and see 5 Stonechat amongst and atop of the bracken east of the car park at Rigg Lane, they were seen as a family party of two adults and three juveniles, also a Willow Warbler and later a Chiffchaff seen. 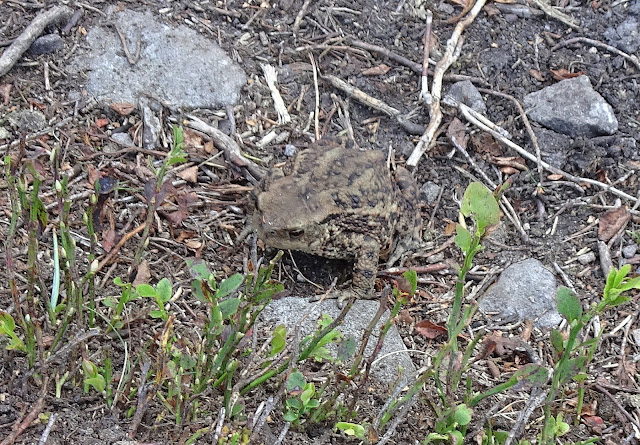 I nearly trod on the Toad on the track just west of Ottergear Bridge.

Whenever I arrive at this spot at Birk Bank, I'm often reminded of the only young Cuckoo I ever saw 15 years ago in 2006 - I've never seen one since - it was on the wall being fed by a Meadow Pipit which was dwarfed by the size of the monster Cuckoo. 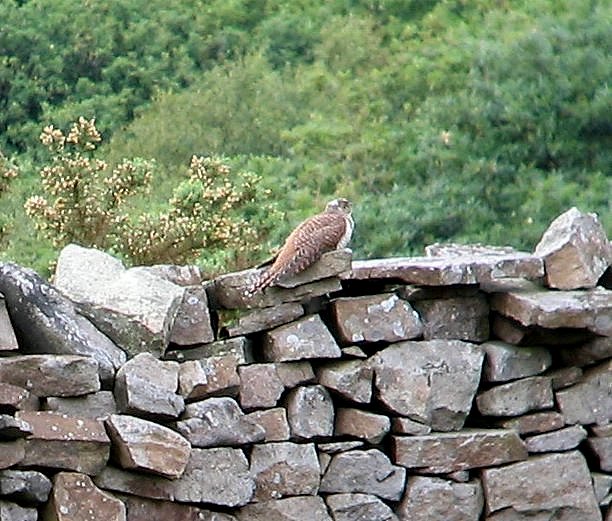 Juvenile Cuckoo Birk Bank July 2006. Pete Woodruff.
As I paused at the ford by Cragg Wood, a dragonfly was flighting around for a few minutes refusing to settle, but hovered momentarily, long enough to be identified as a Common Hawker. Approaching the car park off Rigg Lane, 4 Spotted Flycatcher were off passage and flycatching. These four birds follow my first ever seen at this location, 11 years ago 26 August 2010. 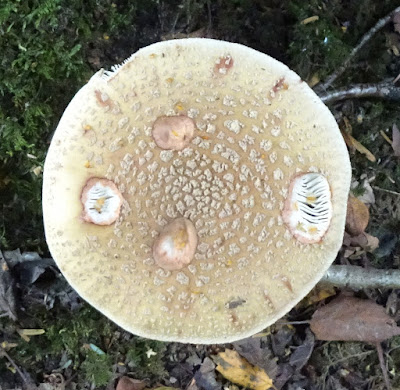 The Blusher Amanita rubescens was found in Lord's Lot woods. 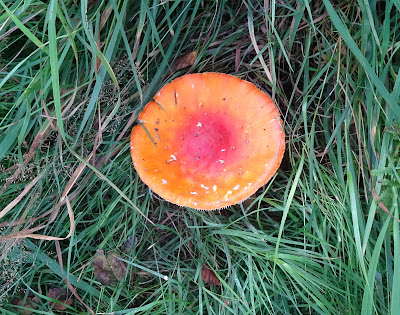 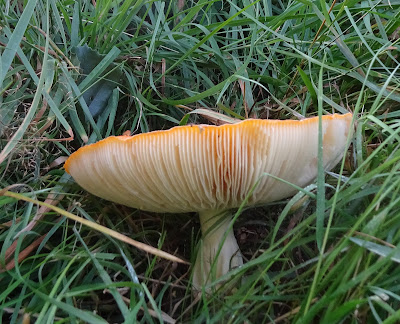 I've recently found these two Amanita specimens, both of which have unknown quantities of the poison muscarine in them. The Panther Cap is a close relation and is another Amanita, easily confused with others of the same genus, and is on the list of the UK's most deadliest fungi.

I was pleased to hear from Steve Graham, to say he had paid another visit to Gait Barrows on Tuesday, and found a female Brown Hairstreak laying eggs. Steve told me of his surprise to make this find, he had considered the short flight season for the species had ended, this one is beginning to fade on the underwing. He was also surprised about this record, in that it was found at the southern end of the reserve away from the core area in the north.

Thanks to Steve for the header image of the Brown Hairstreak, and for the egg laying video.