That’s it for a while. When I finished at Cockerham today I packed the ringing gear away for a couple of weeks because Sue and I are off to Greece. There will be no ringing in Skiathos but for sure there will be a spot or two of birdwatching.
Sunday was to be the last go at the Linnets so I started early in the half-light with zero wind and visibility across to the Lake District some 45 miles away. There was lots of noise when about 300/400 Pink-footed Geese lifted off the salt marsh and flew just half a mile away to land on farmland. We set our year calendars by the arrival of the Pink-footed Geese, always within a day or two of mid September.
The “pinks” probably arrived from Iceland during the clear night after their 800 mile journey and then roosted out on Pilling Sands until breakfast time. I heard them later in the morning from a distance away so they found a spot safe from the guns for now until the shooters realise their wintering “sport” is back. 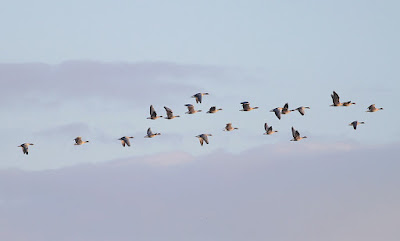 Pink-footed Geese
I caught a couple of Linnets early doors but it soon became obvious that the numbers of up to 200 individuals didn’t equate to those of two days ago when the count was closer to 250 or maybe 300.
In fact I finished today with seven new Linnets plus a single Robin. That makes 74 new Linnets (zero recaptures) caught here in this latter part of summer entering autumn, and 66 of those were juveniles/birds of the year. Such a high percentage of juveniles points to a highly productive year for this, a Red Listed species.
I’m also sure that a number of those 74 Linnets have arrived from further afield, if not from Iceland, then certainly Scotland. 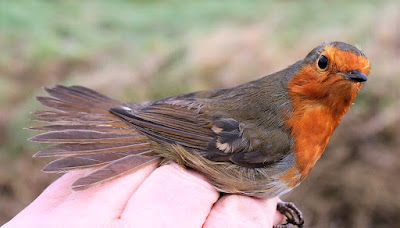 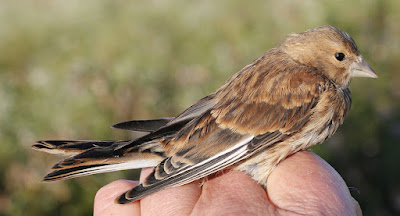 Linnet
Birding was pretty quiet too although there was the now regular Sparrowhawk targeting Linnets. Flyovers came from a single Black-tailed Godwit and two Golden Plover. Also 14 Lapwing, 8 Curlew, 4 Swallow, 1 Buzzard, 1 Kestrel and 1 Grey Heron.
The next post from Another Bird blog will be from Greece. Watch me fly!! 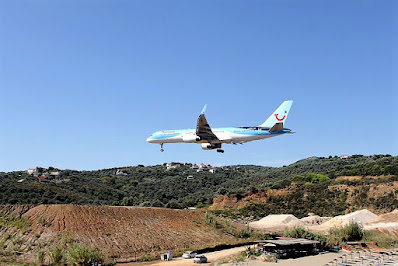 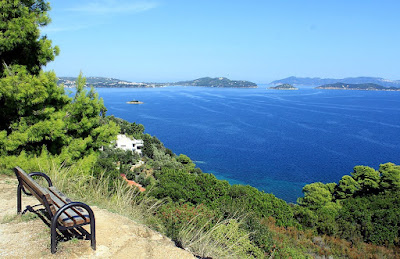 Skiathos
No promises for bird pictures amongst the sunny Greek landscapes but I will try.