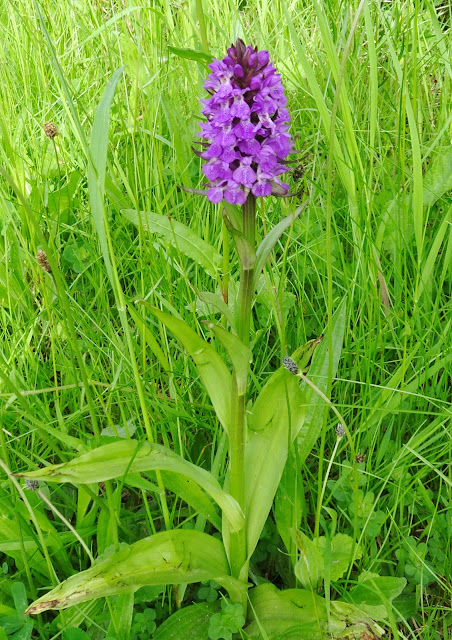 A pleasant walk with KT to see the Lancaster Orchids was rewarded by finding a species not known by me to be seen in these parts, when an estimated 65 Northern Marsh Orchid were found. 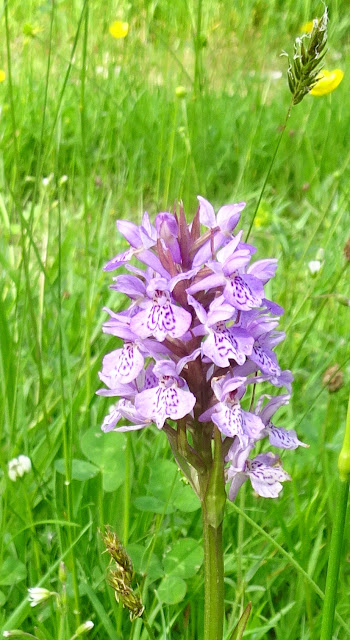 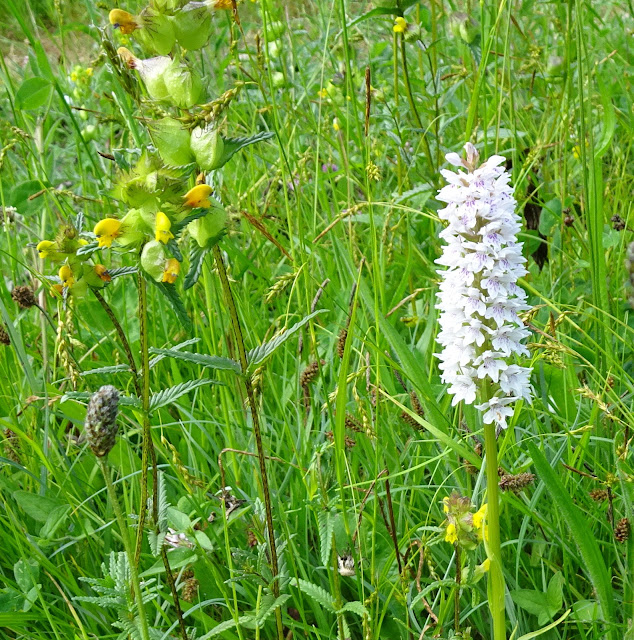 More expected were 35 spikes of Common Spotted Orchid, seen as beautiful as any other orchid despite 'common' in the name. The variant white stands alone as it did in the very same place last year. 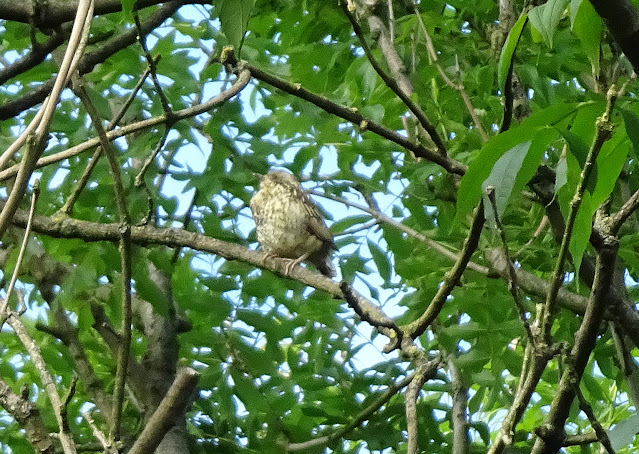 KT heard a Jay in the trees, then saw a young bird begging and being fed by a parent bird. I thought maybe I'd seen my first Jay fledgling, but in editing the image taken in the shadows of the tree, I discovered it was a Mistle Thrush. Also seen, a Chiffchaff, and two moths, the Silver-ground Carpet, and Nettle-tap. 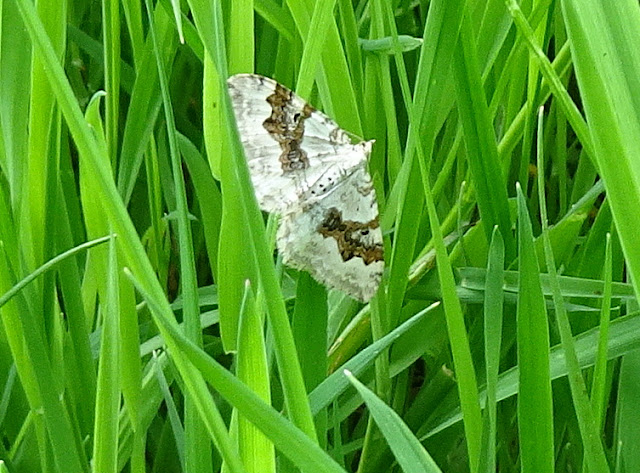 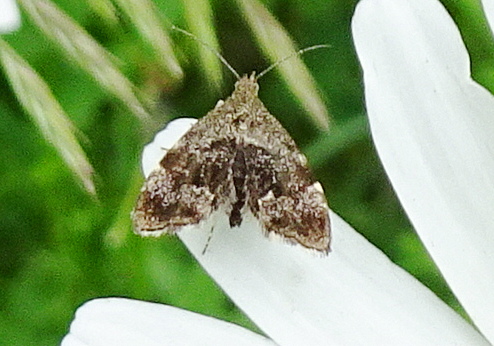 Nettle-tap. Pete Woodruff.
The Nettle-tap is probably the most widespread and common micro-moth across Britain.