Today I took a drive in the direction of Cockerham where a few wader chicks would be ready for ringing. There might be wader chicks at Conder Pool too, mostly Avocets, but Conder is another ringer’s domain. Ringers operate within geographical areas and specific sites so as not to tread on the toes of others or to complicate the wider ringing scheme.
I found a brood of 3 Lapwing chicks alongside a ditch where they had become a little wet through feeding in the waterside grass. All three were of a good size, probably too big for avian predators, and therefore they should reach adulthood. 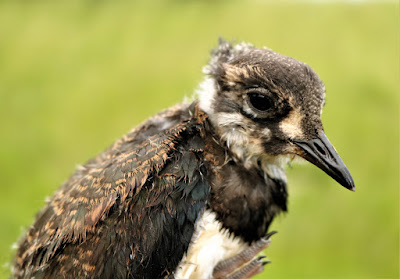 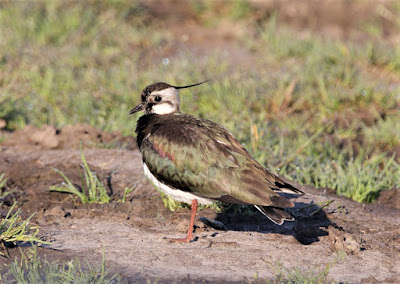 Lapwing
Meanwhile a pair of Oystercatchers had just one fairly big youngster left from the original hatch with this single survivor also big enough to flourish; how and when the siblings vanished must remain a mystery. 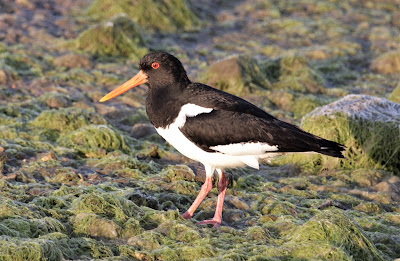 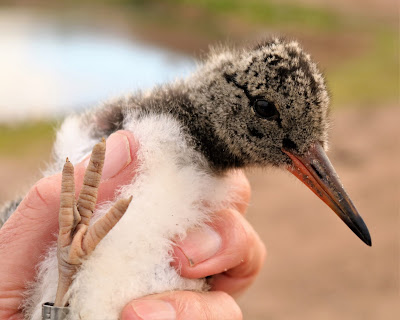 Oystercatcher
Another pair of Oystercatchers had two youngsters, the whole group so far out in a large field as to make them almost impossible to approach. I made a mental note to leave them for another day when they might be closer.
There was a single Little Egret today, along with 3 young Grey Herons still sporting their stripy neck and chest markings. Two pair of Tufted Ducks remained wary as hell and undecided if to fly, drift upstream or hang around. They flew. A single Buzzard flushed from the base of a tree, most unusual – probably it had found carrion. 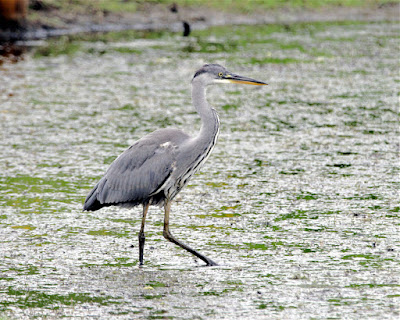 Grey Heron
A Roe Deer stared me out for fifteen seconds, a humanoid head in a car window, but then it figured out the puzzle, leapt the fence and bounded off over the fields. 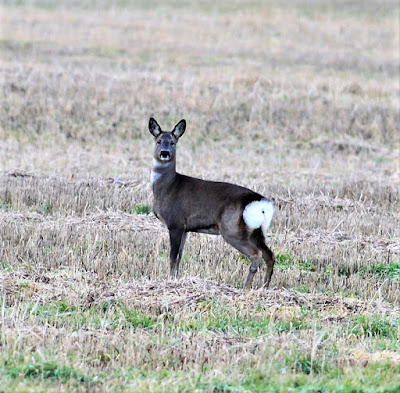 Roe Deer
At Conder most of the chicks on view were those of Avocets with just one pair of Oystercatchers and two young. I watched the Avocets chase away any waders that got too close to their chicks, Redshanks, Little Ringed Plovers and Oystercatchers all had a dose of the Avocets’ aggressive ways. 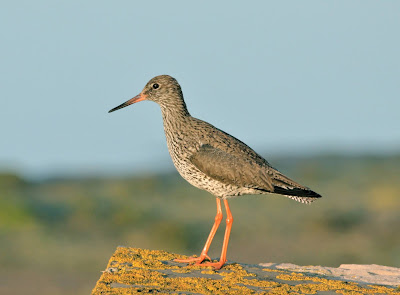 Redshank
Avocets are the frauds of wader world. They trade on their photogenic looks, the striking black & white, the gentle sweep of that shiny upturned bill and the trendy long grey legs. Fluffy little chicks with a tiny copy-bill. Butter wouldn’t melt in their innocents as they pose for the next photo to a phalanx of birders carrying the latest photo gear. All together now - “aaaah”!
My friends, be warned. Avocets are the bullies of the bird world, con merchants in the pay of the RSPB so as to flog binoculars and telescopes to unsuspecting punters. Quite soon you will tap your credit card onto the machine at Minsmere or Leighton Moss.
See what I mean? 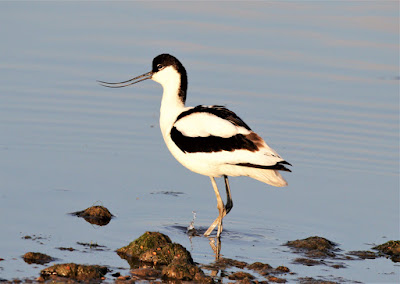 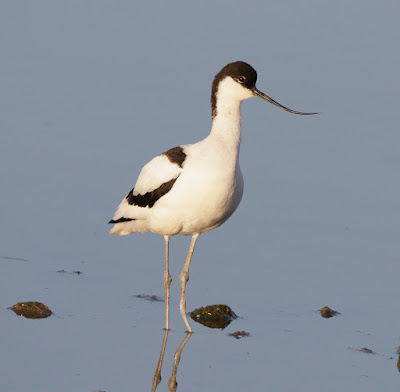 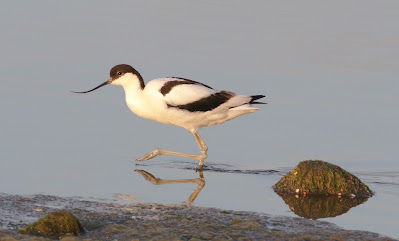 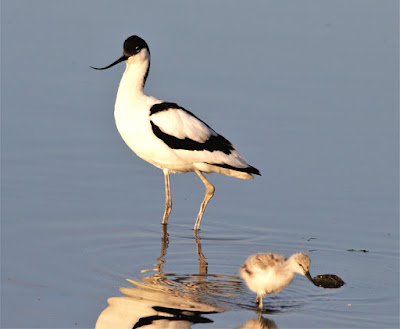